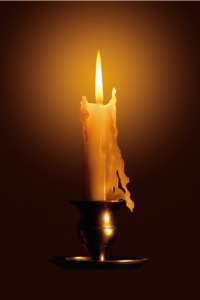 It’s been a couple of weeks since my last post and much has happened.

Not that you would know it. Work has been very busy with little energy left when I’ve come home except to have tea, stare at the telly for an hour or so before wondering if 8.30pm is too early to go to bed.

But there’s been stuff happening, internally. Not my digestive system, I’m glad to say – but in my heart and my head. I’ve been going through one of those times where you question where you’re headed, where you reassess what’s important to you, and you refine your trajectory for where you want your life to head in the future.

I’m lucky in that I have a fab husband who lets me bounce all this stuff off him, and he’s always there as the person who supports me, who encourages me and who, often as not, rips the piss out of me when it’s required. Yes, I’m very lucky to have him.

Its always interesting when these phases strike, like a caterpillar going through yet another phase on the road to butterflyhood, each one builds on the one before.

I can trace these phases in my life going back to 1995. That was the year my mum died and my spiritual education took off with a blast. Suddenly I was propelled on a fast track of information soaking into me like I was a sponge. I was led to the right people, the right books, the right places and all at the right time. It was like I was inhabiting a parallel world for a few years. One where I would go to my work and look after my family on the one hand, and on the other I was slowly learning to  create the future I wanted.

After a kind of incubation and learning period of about four years that included me being introduced to numerous spiritual practices – both ‘New Age’ and very ‘Old Age’, I launched.

In the past 14 years I’ve managed to achieve all I had visualised; I gained the right job at the right time to get the points required to get our family to Australia; I gained my freedom from a bad marriage on my terms; I learned the difference between thinking I was in love with someone because I wanted what they had in life (and I was living it vicariously), and actually being in real love. The first situation is where you’re pulling that person’s energy out of them to fill your void – not good as it depletes them. The second situation is where you can’t help but spontaneously send out your energy to the other for their well-being and happiness – and when two people are in a relationship that’s a mutual outpouring of energy to each other, its just the best thing ever.

And then, after all that activity and learning and manifesting, I seemed to forget all about these amazing tools and connections I’d learned. It all totally dropped from my radar and I became so grounded, I lost sight of all I had learned. I’ve spent the past four years being ‘totally human’ and not really regarding my spiritual side at all. Of course what’s learned has never gone away, but it feels like it has been sleeping, like part of me who sees the bigger picture has been asleep.

And now, it has awoken again and there’s a sort of surprise that the sleep happened. Not that it hasn’t been great and restorative, but now I’m back again, feeling more whole than I have in such a long time, that it feels like another launch period isn’t far off. I’m immersed in a revision process, my old sources and helps are coming to the fore. Certain books, like old friends, are reappearing and waiting patiently in line to be re-read, other books are being offered for reading by old friends. Conversations with those friends that never before touched on the spiritual are now springing up of their own volition, and the synchronicities are happening more and more – the right people, articles, pointers are all amassing.

I wonder if there’s a wave of energy happening; perhaps I’m not the only one experiencing this reawakening, perhaps now is the time for all of us to start getting to work.

Is there anyone else out there feeling this?

Have a great week!